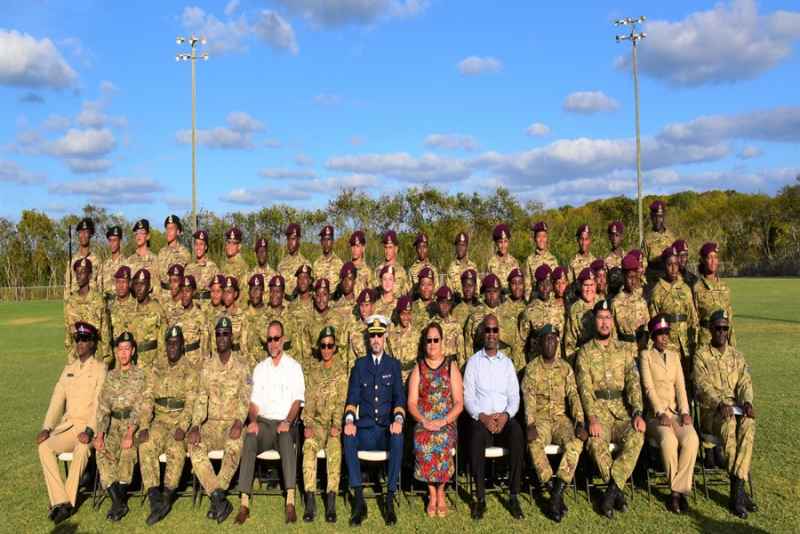 The event, held at William Allen McLaughlin Civic Centre in East End, marked the end of 12 weeks of intense basic training and allowed newly initiated cadets to showcase what they had learned, particularly in drills.
Cadet Winsome Campbell was recognised as the Clifton Hunter High School detachment's best recruit. She also received best recruit overall in drill and academics, as well as most outstanding recruit in the corps.

Each new cadet received a half- star badge and certificate at the ceremony. This year, all those recognised as the most outstanding recruits were young women.

"Officers, instructors and senior cadets have invested many hours into the lives of the recruits over the past three months," said Commandant Lieutenant Colonel Bobeth O'Garro.

"It is a reward and a pleasure to see the transition from recruit to cadet on display. I thoroughly enjoyed seeing the pride in the eyes of parents and guardians as the cadets demonstrated the fruits of their labour on parade. We look forward to furtherdevelopment of the new cadets as we mould future leaders of our islands," she added.

Last week, more than 20 of the cadets helped out at the Agricultural Show, volunteering in traffic and parking management, and showcasing their musical skills.